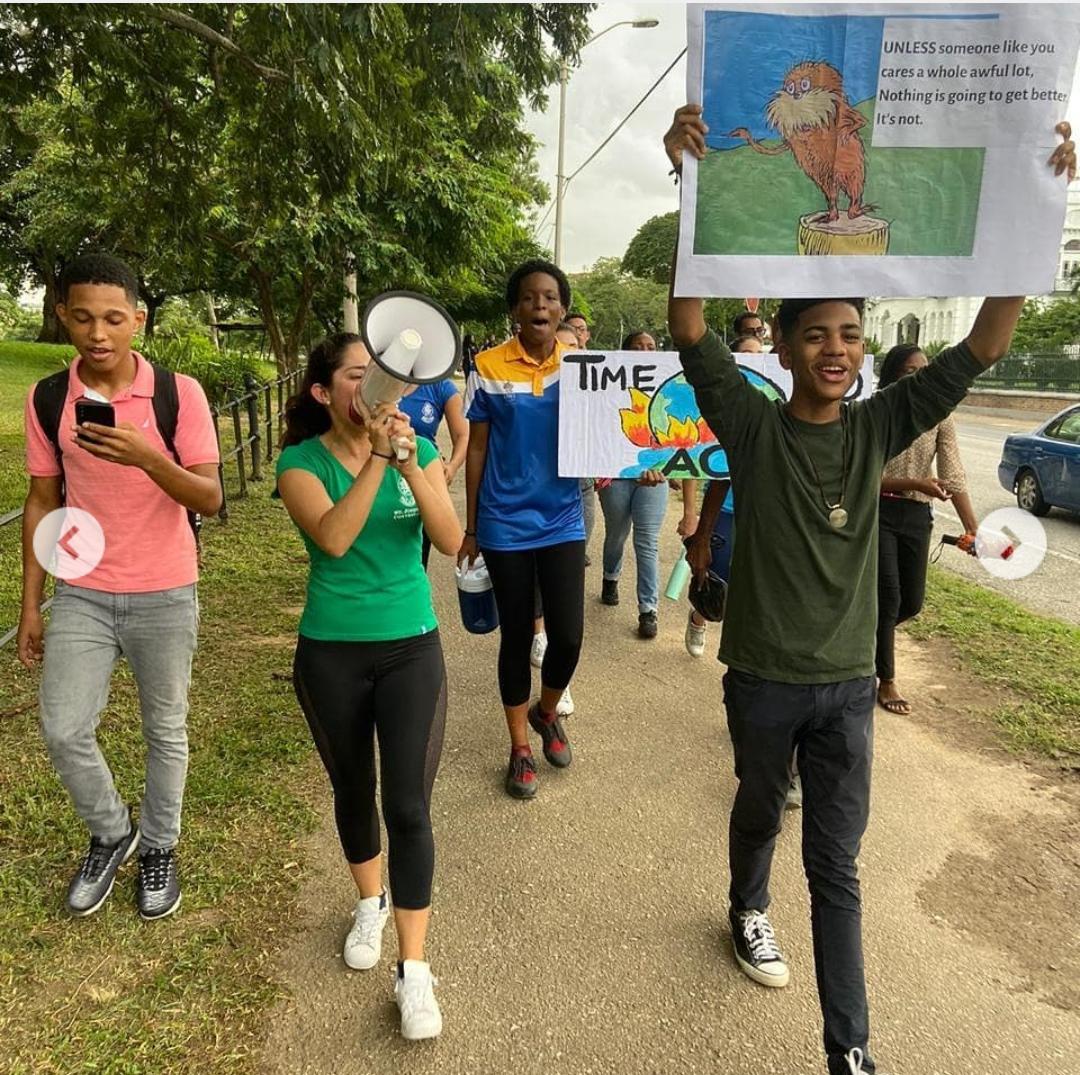 The Youth Eco Movement (Y.E.M.) was formed in response to the lack of action by the government in the fight against climate change, and by the ongoing plundering of the Earth’s resources at the hands of oil companies.

Y.E.M., based in North-West Trinidad, first took action when they staged a march around the Queen’s Park Savannah in December of 2019, to raise awareness of the urgent need to address climate change. The group has voiced their concerns about the growing threat of hurricanes, and the risk of losing our own coral reefs.

They are calling on the state and the private sector to make the shift towards green energy and to abandon the destructive extractive industries.